Please read this notice carefully and scroll down to the end of this page to choose according to your specific situation.   Before continuing to visit our website, please confirm that you or the institution you represent is a "qualified investor".

"Qualified investor" means a professional investor qualified to invest in a private securities investment fund in accordance with the securities and investment regulations of any country or region. For example, according to the Interim Measures for the supervision and administration of private investment funds, the standards for qualified investors in China are as follows:   A. Institutions and individuals with certain risk identification ability and risk bearing ability, with an investment amount of no less than RMB 1 million in a single private fund and meeting the following relevant standards: 1. An instituion with a net asset of no less than RMB 10 million; 2. An individual whose financial assets are not less than RMB 3 million or whose average annual income in the last three years is not less than RMB 500,000. (the financial assets mentioned in the preceding paragraph include bank deposits, stocks, bonds, fund shares, asset management plans, bank financial products, trust plans, insurance products, futures rights and interests, etc. )   2. The following investors are regarded as qualified investors: 1. Social Security Funds, Enterprise Annuity and other pension funds, charity funds and other social public welfare funds; 2. Investment plans established in accordance with the law and filed with China Fund Industry Association; 3. Private fund managers and practitioners who invest in own managed private funds; 4. Other investors specified by CSRC.

By select "Accept" button, you represent and warrant that you (or the institution you represent) are a Qualified Investor as defined above,and you agree to abide by all the terms and rules in this pages .

SHANGHAI, July 25 (Reuters) - As China's new Nasdaq-style tech board approaches the end of its first week of volatile trade, fund managers are offloading their holdings to hungry retail investors and locking in bumper profits.

Frothy valuations on Shanghai's STAR Market, which debuted on Monday, have also triggered short selling from Chinese traders betting that shares will fall.

Taking advantage of STAR Market fever that sent shares surging as much as 520% on Monday's debut, MAM, which held IPO shares worth several million yuan, has "sold a good portion" to eager buyers, Zhou said.

"We'll stand on the sidelines and wait for the market to cool down," said Zhou, a contrarian investor who embraces behavioural finance - the study of investor psychology - in his investment strategy.

According to exchange data, trading in the 25 STAR Market companies that listed this week - ranging from chip-makers to healthcare firms - totaled 48.5 billion yuan  ($7.05 billion) on their debut, accounting for roughly 13% of turnover in all of China's stock markets, which include nearly 4,000 listed companies.

Retail investors did most of the buying, accounting for morethan 90% of such transactions, while institutional investors, including fund houses and insurers, accounted for most of the sellers.

Mutual funds, which actively participated in STAR Market IPOs, appeared to be big winners. Scores of them saw their net value surge more than 5% on Monday. A fund managed by JX Asset Management led the gains, jumping 9.4%.

More than 80% of the IPO shares that have no lock-up period have changed hands on the STAR Market so far, said Peng Hai, an analyst at Lianxun Securities.

The scene has stirred memories of the frenzied launch of Shenzhen's now sluggish ChiNext <.CHINEXTC> tech board a decade ago. On Monday, STAR stocks surged an average of 140%, much higher than ChiNext's 106% debut pop.

Short-selling demand and the limited supply of STAR Market shares available for lending has pushed borrowing costs up by as much as 20% on an annualised basis, compared with 8% for stocks elsewhere, traders said. Fuelling this are rules that allow investors to borrow newly-listed shares to sell for the first time.

Shen Shikang, a veteran trader who has been borrowing STAR stocks to sell, said says current prices of many companies on the board have no basis in fundamentals.

On the STAR Market, short-selling transactions accounted for roughly 67% of margin buying, compared with 1.7% in the whole Shanghai market, according to calculations based on official data.

Many long-only institutions have sold the IPO shares they hold. And with such investors departing, investors are now bracing for a wild ride. Roughly 150 listing candidates are queuing up, potentially boosting supply.

"If the authorities take the new board's price swings in their stride, it will bode well for the long term liberalisation of China's stock markets," Thomas Gatley, analyst at Gavekal Dragonomics, wrote.

"If, however, the regulators move to damp down the market's volatility, it will indicate that Beijing's paternalistic, interventionist attitude to China's stock markets lives on." 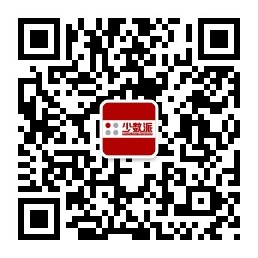